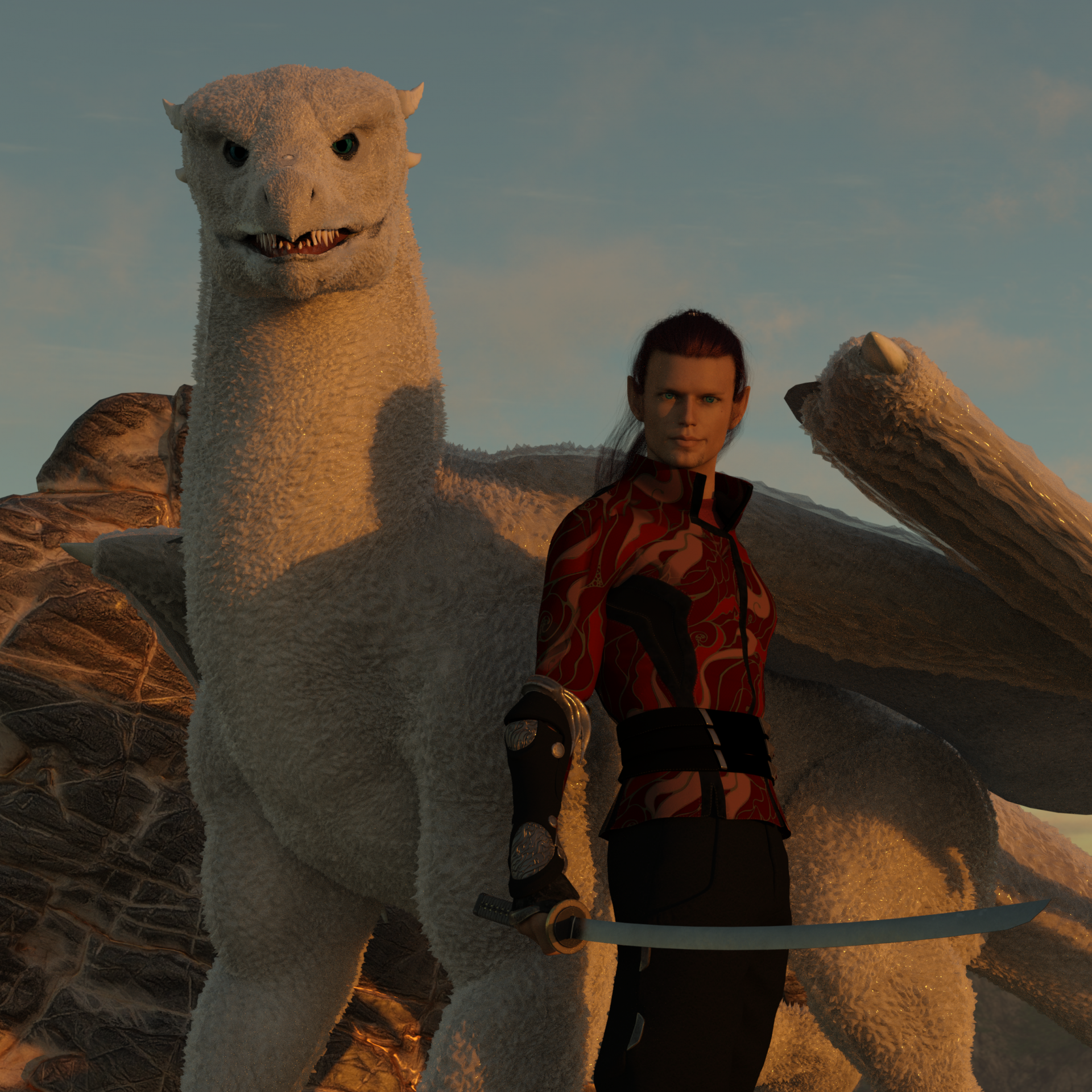 So. One series idea that has been kicking around in my head for a while. Not sure how to classify it to be honest, but that is what I’m doing for NaNoWriMo 2020. SPOILER ALERT.

The story revolves around a man from Earth dying. He dies an old man, he is a former Marine, a martial artist, etc, modeled after someone I know pretty well. An ancient, tired God shields him in his transition and sends him to another world to be a champion/paladin, also called a ‘Dragon Guard’. The god isn’t looking for followers or converts though. Now, here is where it diverges from standard fantasy. Earth is in a magical ‘dead zone’. Magic doesn’t work well on Earth, but throughout the rest of the Galaxy and Universe it does. So that souls can get trapped on Earth. The universe itself is full of life and magic with numerous worlds and an ongoing war between different factions, one faction being demons, another faction being dragons. This is one reason the universe sounds so deserted to Earthlings. The residents of these other worlds use magic instead of science and we have no way to see or understand magic because it doesn’t exist here in our world.

Lucas, the main character, is sent to one world and wakes up in world of caverns and demonic half breeds. He is also an elf, a being that does not age and has inante magic. He arrives with others from Earth, like flotsam who have escaped an island, they arrive in this land without knowledge. The Drogue, which are half breeds, half-human, half demon, collect such arrivals, enslaving them to use their magic or killing them to enslave their soul. At first the new arrivals believe they are in hell. They all remember dying and this certainly is not heaven. As they struggle to adjust they begin to discover some of the truth and they realize this is not hell and there is a world with sunlight above them. Lucas and his friend Gloria tangle with a drogesh, half-demon, half-elf, one of the local rulers of the drogue.

Escaping the lightless realms, the young elves discover the world above is full of dinosaurs and dragons. Which is kind of where I expect book one to end.

Dragons in these worlds are for the most part warm blooded, telepathic and furred. Drakkone are the more traditional dragons, scaled bastards that are actually half breed monsters, half-dragon, half-demon and created to fight and kill real dragons.

Book Two will continue with him meeting dragons, saving some dragon eggs and will revolve around him rescuing a fledgeling dragon named Shushana. Pure white with blue eyes, where white is the color of royalty among dragons. Befriending and rescuing Shushana he also leads the other survivors out of the wild lands (full of ruins, pre-historic monsters and death) to more civilized realms. He also finds the meaning of the dragon guard. The drogue were created to prey upon dragons. As a dragon guard, he takes it upon himself to hunt the drogue and keep the dragons safe, earning their friendship and loyalty.

Book three and beyond are not fully planned but will likely involve intrigue and conflict with those ‘civilized’ realms. We will see how far the series goes at this point but the world(s) are full of fallen civilizations, demons, ancient creatures and more. Fertile ground and I can always move things to other planets since the dragons have a way to travel among the worlds.

So, this is where it gets unusual. Fantasy? Epic fantasy, or more science fantasy type fiction? What do you think? C’mon over to facebook and let me know your thoughts.