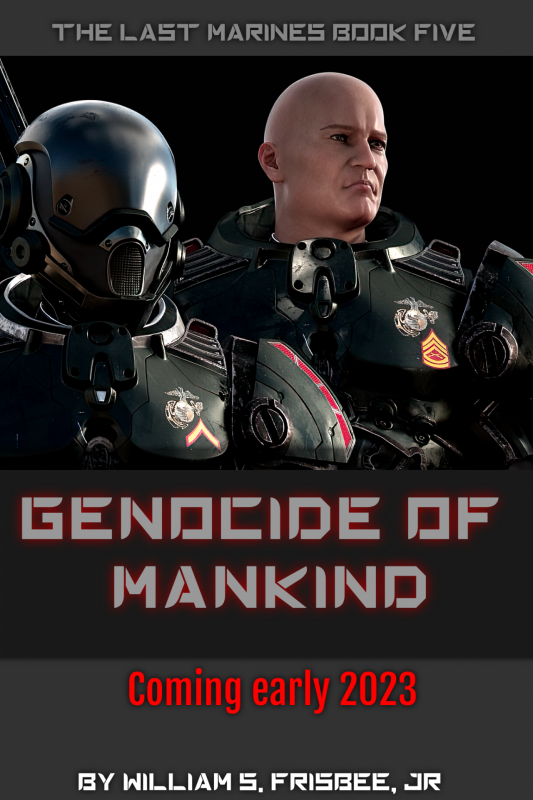 Mankind is losing the war. Earth is closing itself off behind hundreds of thousands of missile platforms, warships and layers of defenses. The rest of the human race must fend for itself against increasingly desperate odds.

There is a weapon that might help even the odds but that will require facing off against the enemy and discovering ancient technology that may not work since it did not save the last civilizations to use it.

But is the enemy already within the gates?

“The Return” has just been relaunched. I have updated the cover and it has undergone more editing. I am preparing to release the sequel which is “The Darkness” and it will be available on August 2nd, 2017. Also by that time I expect to have the printed versions of the books available. I have already ordered proof’s for review. Book #3 “New Empires” Is also completed and just needs some rewrites/edits before it can be released. Right now I am anticipating releasing it in October maybe. One primary goal of the relaunch has been to ‘re-brand’ the covers so they are consistent, hopefully catch they eye and are superior.  The full covers also feature the primary ship.  In The Return it is the Leonis Ultio, in the Darkness it is the Proud Infidel and in book #3 it is the battleship Tigress.  The Return is available now at http://amzn.to/2uybpfw

The Darkness is an interesting book in my opinion because there really is too much to put in one book. The Conglomerate begins to slide into war as the stagnation and rot is poked by external forces, lurking at the edge of the Conglomerate. Humanity, soon to be a key player in this war, is too busy bickering with itself to realize the bigger danger. New Alamo, Athena, the Jupiter Alliance, the Xu’an Dynasty and the Caliphate are all mobilizing and preparing to fight each other, completely ignoring other threats. Of course book #2 ends as the threat is revealed and the shit is really starting to roll down hill. Nobody sees the big picture, just their little slice and they think they are the center of the maelstrom.  The Darkness is available at http://amzn.to/2uxhc4G

Book #3 is the fall of the Conglomerate and the end of an epoch. Luke is the cornerstone and the tipping point at which the human race will be enslaved or freed.

After I finish book #3 I plan on getting out Book #1 of my Writing Military Science Fiction series. Lots of work to be done.

Thank you and Semper Fi.

Below are the covers for the new books. Book #3 may still undergo some small changes though but #1 and #2 are undergoing final review.

Thank you for reading the post.  I hope you enjoy the books.